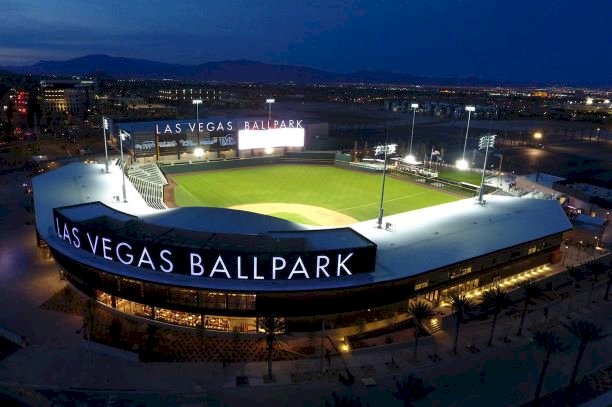 Big League Weekend! March Madness! The Golden Knights and Playoffs! The NFL Draft! At no time in the history of Las Vegas has so many sporting events come together and in return the local community will reap millions of dollars in revenue.

"There has never been seen anything like this," said Don Logan, President and COO (Chief Operations Officer of the Las Vegas Aviators, the minor league affiliate of the Oakland Athletics. "And we are so proud that we are leading the way to this historic sports time with Big League Weekend!"

In 2020, there will be four games over two weekends for Big League Weekend including games between the A's (Athletics) and the Indians and then the following weekend the Cubs take on the Reds and the games sold out fast. 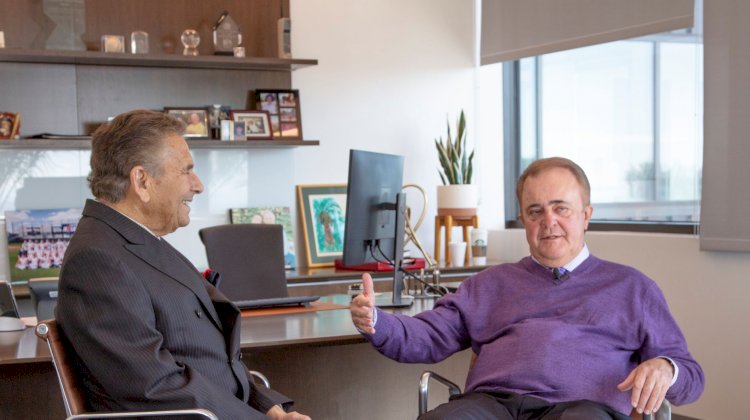 Coming fresh off a massively successful inaugural year at a brand new baseball stadium, the Las Vegas Ballpark, The Aviators hit a record numbers of fans and in some cases even drew more fans to games than a Major League Baseball club.

Logan attributes a lot of that to do with the new amazing ballpark but moving the stadium to Summerlin had an equally positive impact.

"We went fishing where the fish are!" said Logan, "We took what Minor League Baseball is, which is the highest level of professional baseball below the Major Leagues, and made it about fun, family-oriented entertainment and the community responded."

Logan agrees what the Aviators have done is create a unique sports experience for residents of the community, from special nights and events to even the unique food that is offered which in many cases is far from the usual baseball food found at other parks. Logan also admits they stole some ideas from other ballparks to make the Las Vegas stadium what it became.

"There is a little from Charlotte, Columbus, Nashville, Austin, Sacramento and even El Paso because each of those stadiums had something a little different, we thought we could add." said Logan.

Admittedly a lot of the success for the Aviators has been its growing partnerships over the years.  Of late it has been the Howard Hughes Corporation which now owns the Aviators and continues to want to make it better.  At the same time there has been the teams’ baseball partnerships.  First as a farm club of the San Diego Padres, then the Dodgers, followed by the Mets and the Blue Jays and now they are the primary farm club of the Oakland A's.

Logan believes the A's partnership was critical to the success in 2019 and were committed to player development thus dedicated to what takes place at the Las Vegas Aviators. What most people don't realize is how critical that partnership and dedication becomes.  Logan says it best, '"We have 140 games in 152 days, 70 of which are home games, and having partnerships like Howard Hughes and the A's helps make success even more attainable." 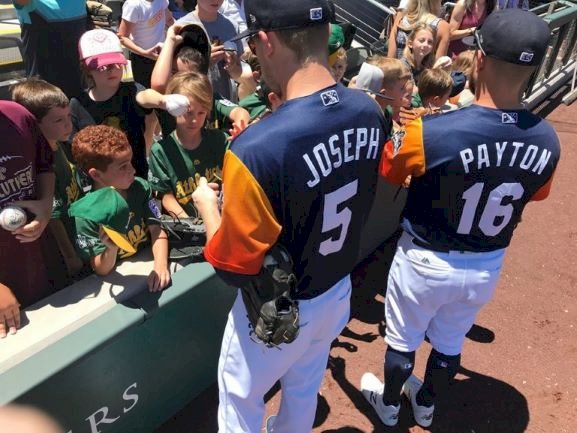 So, when you look at it what does the future hold for the Aviators.  According to Logan, there are more changes to the sports landscape of Las Vegas yet to be seen.  The addition of the Las Vegas Raiders to the professional sports menu will mean even more to Southern Nevada.

"It will bring new visitors to Las Vegas who might not have even considered coming here prior to the NFL," said Logan.  Fans from all over the country could determine to try Vegas for the first time. As the new saying goes, “What happens here, only happens here!"

2019 was such a great year for the Aviators, who knows what does the future holds and what tomorrow looks like for sports and Southern Nevada.

"I honestly feel 2020 will be an even greater year for the Aviators baseball club," said Logan, "Because we are becoming a mainstay entertainment center for local residents.”

As to the future of sports, Logan believes that the next to come to Vegas will be a Major League Baseball team followed then by the NBA.  Logan is not afraid to share his feelings by saying, "For those of us who have lived here for many years, and even those new to our community, Las Vegas continues to put its best foot forward and the growth of Southern Nevada is limited only by its own dreams and wishes and sports has become a critical part of what is helping to drive that growth forward!"