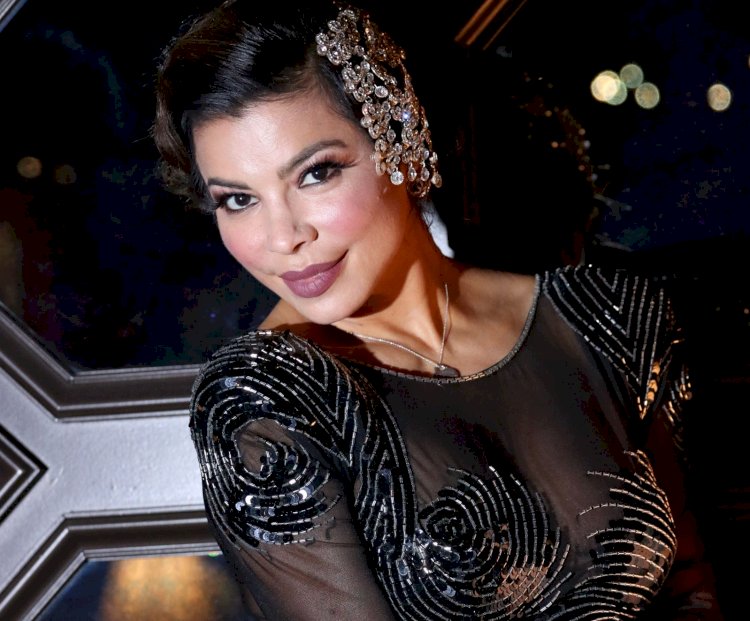 2020 is finally here and we are ready to embark on another decade! There have been a lot of happenings and changes to the city we call home or home for a weekend. Las Vegas has been transformed from a remote desert town to a legitimate party and entertainment capital for tourists and locals alike. So, let us take a look back at the last 100 years in Las Vegas to see how this wonderful city came to be and the events that shaped it to this day.

Las Vegas was a bit less congested a century ago with Clark County’s population hitting 4,859. The bones of our city were just being laid out Fremont Street becoming paved in 1925. By 1926 passenger air service started on Western Express Airlines with Las Vegas being the only immediate stop. (The original airfield site in now the corner of Sahara and Paradise). A year later in 1927 the roads to and from Las Vegas receive a boost of support; a road is erected between Las Vegas and the Mountain Pass near Baker, California...now known as the I-15. In two short years the start of the Boulder Dam began in 1929 in that same year The Las Vegas Review Journal became a daily newspaper and the first high school in the valley opened, Rancho High.

Las Vegas population doubled to 8,532! With more people meant more commuters resulting in the Union Pacific Railroad connecting Las Vegas to Boulder City in 1930. In 1931 The Nevada Legislature voted to relax marriage and divorce laws while also repealing the gambling ban. With gambling in full swing, it was no surprise that prohibition would come to an end in 1933. In 1935 we got a visit from President Franklin Roosevelt as he dedicated the Boulder Dam. By 1938, Californian authorities cracked down on illegal gambling resulting in an influx of gamblers moving to Vegas. A year later the landmark and heavily publicized divorce of Ria Langham and Husband, Clarke Gable, giving Las Vegas the title, “Divorce Capital of the World” across headlines.

Las Vegas is starting to turn into the glitz and glam town its known for as the first resort opens, El Rancho Vegas, on Highway 91 also now known as the famous Las Vegas Strip In that same year the U.S. Army creates a gunnery school that will later become what we know today as the Nellis Air Force Base. Downtown began to take shape as well with the El Cortez opening their doors in 1941 as well. The following year brought the opening of The Last Frontier. In 1944, Vegas made history as The Huntridge Theater opened as the first non-segregated theater in Las Vegas. In that same year Liberace made his grand Las Vegas debut. In 1945, J. Walter Thompson receives the first advertising contract to promote Las Vegas tourism, that following year Vegas wised up and began to levy taxes on gaming. 1946 also erected the opening of Benjamin “Bugsy” Siegel’s, Flamingo Hotel as well as the Golden Nugget in downtown.

Clark County’s population has now ballooned to 48,289!  In 1951 Nevada Test Site conducts first nuclear weapons test just shy of 65 miles from downtown Las Vegas. In that same year Frank Sinatra gave his first Las Vegas performance at The Desert Inn.  By 1952, The Sahara opened its doors as well as the Sands making it the seventh resort on The Strip. 1955 was a big year for Vegas, starting by celebrating our 50th Birthday!  Now 8 million people are visiting Las Vegas annually.  Also, in 1955 The Nevada Tax Commission creates the Gaming Control Board.  More tourist means more hotels! In that same year the Riviera opened its doors making it the tallest building in town with nine stories; the Dunes also opened that year making it the 10th resort on The Strip. The Moulin Rouge created a stir becoming the first racially integrated hotel.  By 1956, Elvis Presley performed his first Vegas shows at the New Frontier Hotel.  The following year in 1957, Las Vegas Showgirls made their debut with “Minsky’s Folies” at the Desert Inn.  Also in 1957 UNLV began holding their first classes.  By 1959, the Las Vegas Convention Center opened its doors paving the way for a new influx of tourism.  In that same year Betty Willis designs the iconic “Welcome to Fabulous Las Vegas” sign.

The city reaped the benefits of the hotels that opened in 1950s and started to establish itself an entertainment destination.  Elvis Presley began a residency in Las Vegas at the then-Las Vegas Hilton in 1968 and the Rat Pack (Sammy Davis Jr., Frank Sinatra, Joey Bishop, Dean Martin and Peter Lawford) performed together for the first time at the Sands Hotel and Casino.  New beginnings came about like the Boulevard Mall (1968), Cinerama Dome (1965) and Caesars Palace all opening (1966). Multiple firsts happening such as the Las Vegas Marathon in 1967 and UNLV’s inaugural graduating class in 1964. This decade also had happenings that affects the city to this day; Jim Crow restrictions were lifted in 1960, a second Gaming Act was passed in 1968 which allowed corporations to own hotels and McCarran Airport underwent an important expansion. Putting a bow on this decade, Howard Hughes went on a purchase spree in the late 1960s, buying Sands, The New Frontier, Castaways and many more. 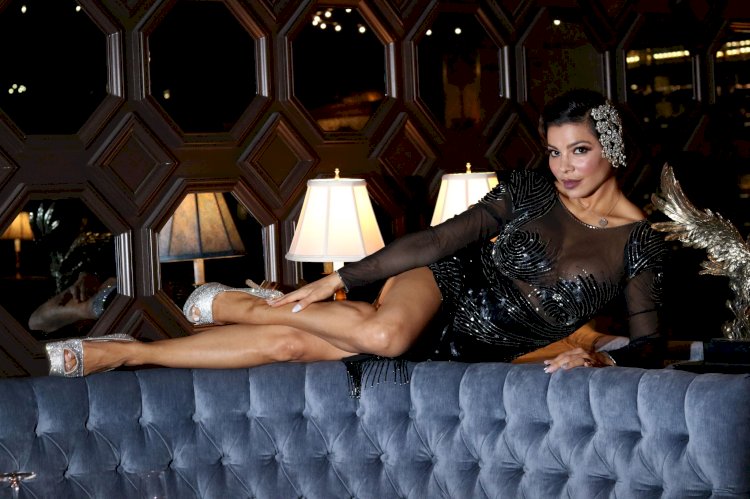 A decade of rebirth and change for the city after the glamour and glory years of the 1950s and 1960s.  Siegfried and Roy got their residency start in the 1970s. Two hotels, when each of them opened were the biggest hotel and casinos in the world, Union Plaza at the head of Fremont Street and the original MGM Grand Hotel and Casino (now Bally’s) opened in 1971 and 1973, respectively.  People outside of Vegas got to see the city on the small screen with Merv Griffin’s talk show in 1971 which was filmed in Caesars Palace and the ABC show “Vega$” which aired from 1978-1981.  Vegas also got some competition as gambling was legalized in Atlantic City, New Jersey in 1976 which meant that east coast locals could now go there instead of coming to Vegas to get their gambling fix.

The 1980s were not too much better for the city as tragedy struck twice in the form of fires; the original MGM Grand caught fire and killed 80 people and the Las Vegas Hilton caught fire and killed eight people.  Professional boxing became the newest entertainment “thing” on the Strip as Sugar Ray Leonard and Thomas Hearns fought at Caesars Palace in September of 1981 and Mike Tyson and Frank Bruno fought at the Las Vegas Hilton in February of 1989.  Liberace played his last show in Vegas in 1986 and succumbed to AIDS in February 1987 after 40 plus years of entertaining crowds in this city.  Vegas lost an integral piece of its identity after Liberace’s passing yet gained something that would become a sign of things to come on the Strip. In 1989, Steve Wynn opened the Mirage Hotel and Casino (on the grounds that formerly held the Dunes) and ushered in a new style of hotel and casino that Las Vegas is known for to this day.

Las Vegas during the ‘90s was all centered around an enormous amount of growth, expansion of the strip and prominent news. In 1990, Las Vegas elected its first female mayor, Jan Lavety Jones, UNLV’s basketball team won the NCAA Championship title over Duke.  The Rio and Excalibur opened its doors for business then sadly Sammy Davis Jr. died followed by fellow Rat Pack member Dean Martin (‘95) and Frank Sinatra (‘98).  In 1993, the Dunes closed its doors after being sold to Steve Wynn, the property was later imploded with fanfare and fireworks.  More implosions during the ‘90s included The Sands and Hacienda (‘96) and the Aladdin (‘98). In 1996, rapper Tupac Shakur is fatally shot and died six days later.  If that wasn't a hard pill to swallow in 1997, Mike Tyson bites off Evander Holyfield’s ear during the WBA Heavyweight Championship fight.  Also the New York- New York Hotel & Casino opened its doors for business. In 1998, The Bellagio opened as the most expensive hotel in the world, built for $1.7 billion, the following year Mandalay Bay, The Venetian and The Paris open as well.

In the 2000s, Nevada managed to find its way out of a serious economic downturn before the economy could bounce back, but that doesn't mean there weren't moments that shaped Las Vegas in a positive way.  In 2001, The Palms and Green Valley Ranch opened their doors.  The following year Nevada State College opened and local band The Killers formed. Other hotels opened as well such as Wynn (‘05), South Coast now known as South Point (‘05), Hooters (‘06), Red Rock Casino (‘06) and in 2008 Las Vegas gained The Palazzo, Encore Aliante Station Casino and The Eastside Cannery. The M Resort followed by opening in 2008 and in 2009 Aria Resort and Casino was unveiled. Then Nevada started to take a bad turn, in 2008 Nevada found itself at ground zero of the nation’s foreclosure crisis and had Southern Nevada had the largest hepatitis scare in the nation.

This is the decade that professional and minor sports finally broke through in a major way here in Las Vegas.  In 2016, T-Mobile Arena was built & the NHL approved bringing an expansion hockey team to Las Vegas, whom later would be named the Golden Knights; Las Vegas’ first professional sports franchise.

In 2017, the Oakland Raiders got approved to move to Las Vegas by the NFL. That decision was followed by the construction of Allegiant Stadium which is scheduled to be completed by July 2020. The WNBA franchise, the San Antonio Silver Stars were put up for sale in 2017 and were bought by MGM Resorts here in Vegas. They soon became the Las Vegas Aces and started their inaugural season in 2018. The longtime minor league baseball franchise, the Las Vegas 51s, received a makeover in the form of a new name (the Aviators) and a new stadium (Las Vegas Ballpark) in downtown Summerlin.

But Cashman Field would not be lonely as the Las Vegas Lights, the city’s USL (United Soccer League) soccer franchise would play there starting in 2018.  No new hotels built this decade but plenty of rebrands; Monte Carlo became Park MGM, Bill’s Gamblin Hall & Saloon became The Cromwell, The Sahara became SLS and now back to The Sahara, THE Hotel became Delano and Imperial Palace became The Quad briefly and now the LINQ which holds the High Roller; which opened in 2014 and is currently the world’s tallest ferris wheel. Tragedy struck the city in a horrible way when 58 people lost their lives at the Route 91 Harvest Festival on October 1, 2017 due to a senseless mass shooting.