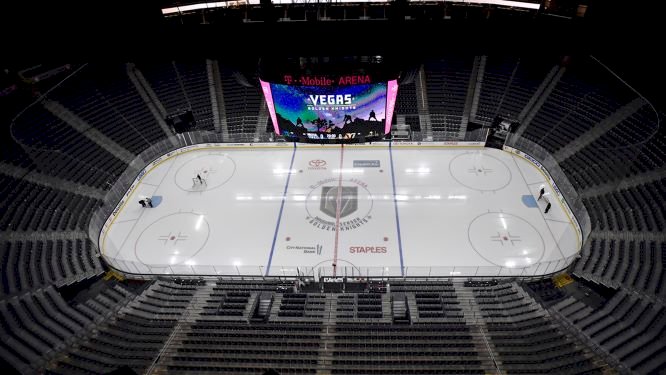 The Vegas Golden Knights are firmly entrenched in the community out here.  They are beloved as Las Vegas’ first professional sports franchise, the hashtag #VegasBorn is their main slogan, the players do everything in Vegas from charitable work to just hanging out at a restaurant the same way we would.  And their magical run to the Stanley Cup Finals in their inaugural year didn’t hurt either.

It is hard to imagine the city without the Golden Knights being the flagship sports team here but, it almost didn’t happen.  In June 2016, the NHL granted the city of Las Vegas an expansion franchise and officially, one of the four major sports organizations had come to Sin City.  But, what would the new hockey team be called?

Las Vegas has a unique history and tradition.  So when it comes to a team name that encapsulates the city and what it represents and what it is about, there are so many directions you can go; gambling, casinos, neon lights, the mob history and so on.  Team owner Bill Foley decided on "Golden Knights" in November of 2016 but a year prior, some people decided to try and guess what the team should  or might be called.  Here is a look at what could have been: 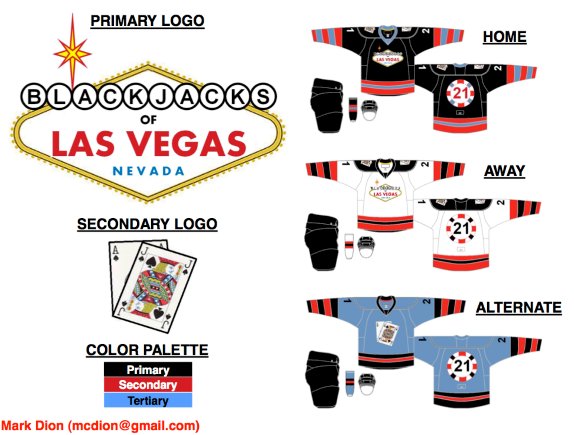 I’m not going lie to you.  I don’t like the name.  But the color scheme is outstanding and the marketing possibilities for this team would have endless.  Maybe have the cast of the movie “21” make some appearances?  Or for every home game that lands on the 21st, the whole team wears No. 21 jerseys?  I don’t know, it could’ve worked.  I think. 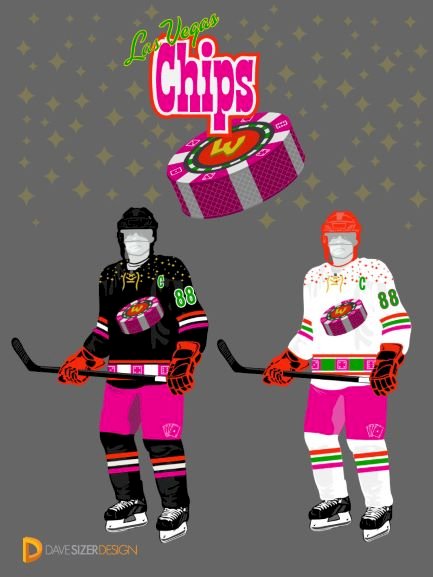 Okay, ignore the “W” that looks like an upside-down McDonald’s “M”.  The colors are….well, they are Vegas whether you think so or not.  They have the T-Mobile pink and there seems to be a Stardust or Riviera tribute at the top of the jersey which is, I’m not sure.  But…… it’s definitely Vegas!  Wait, I said that already. 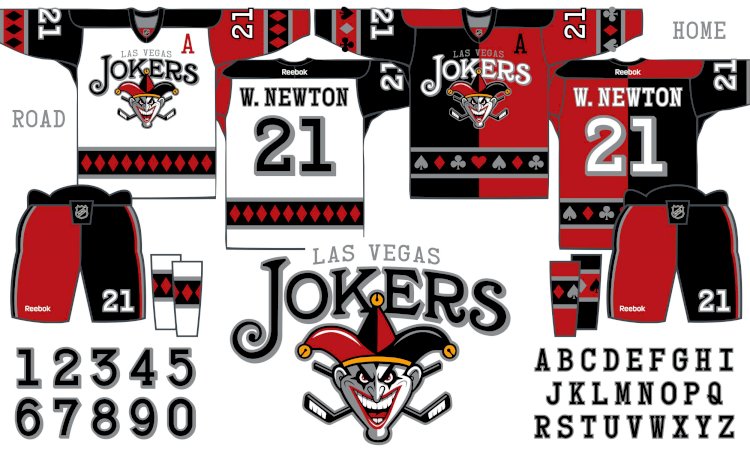 Initially, I loved this name and again purely for marketing purposes.  The jerseys look dope, the logo is a lot of fun and just imagine the collab branding that this team could have done with DC Comics and the Joker trademark!  The alternate jerseys could be purple and green with the DC Joker image on it!?  Sorry, I got a bit excited.  Shout out to Wayne Newton making a Las Vegas hockey team mockup by the way.  That’s what really makes it Vegas.  There’s that phrase again. 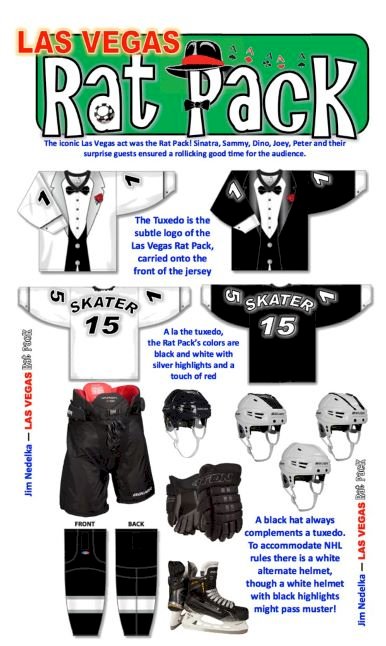 If you are of a certain age, you either chuckled at this or you simply don’t get it.  For those that don’t get it, here’s a quick breakdown:  The Rat Pack were a group of five actors & singers (Frank Sinatra, Sammy Davis, Jr., Peter Lawford, Joey Bishop and Dean Martin) whom were huge in the 1960s.  They performed shows at the then-Sands Hotel and Casino (currently the Venetian) and defined Las Vegas entertainment then and moving forward.

Okay!  So now that you know that, hopefully this name makes more sense.  If not, that’s okay.  Just look at the jerseys.  Look at them.  That would have been truly something.

Here are some other potentials to take a look at: 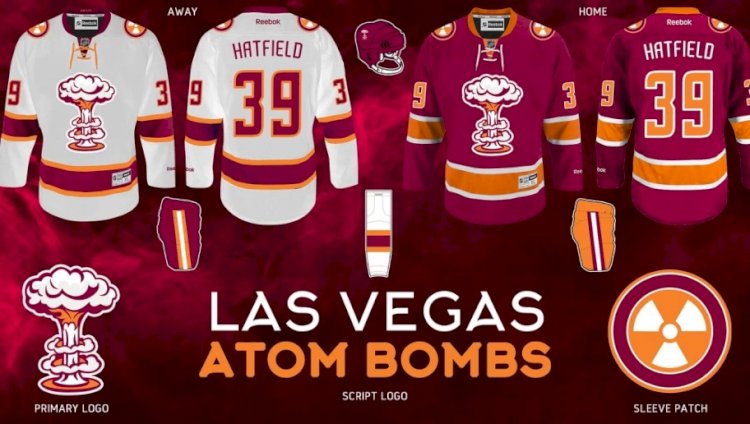 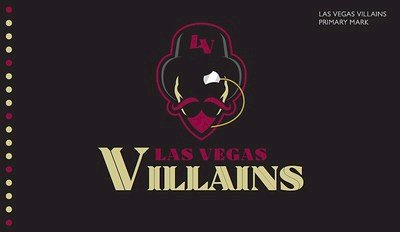 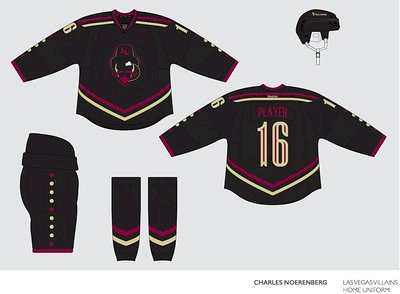 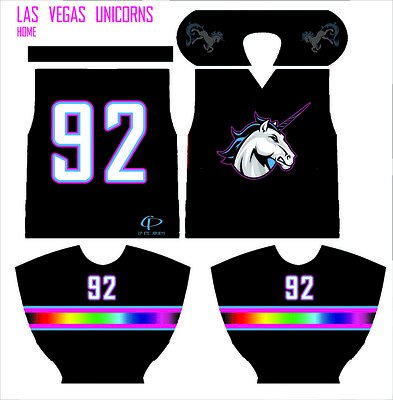 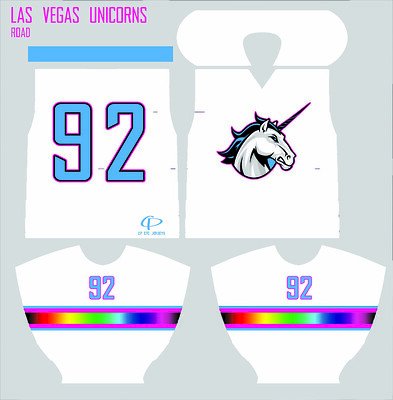 With all due respect to the great artists who lent their time, energy and creativity to this, I think we can agree that Golden Knights was the right team name choice.  But, just imagine what could have been.  We could have been cheering for the Atom Bombs or the Jokers.  Imagine that….