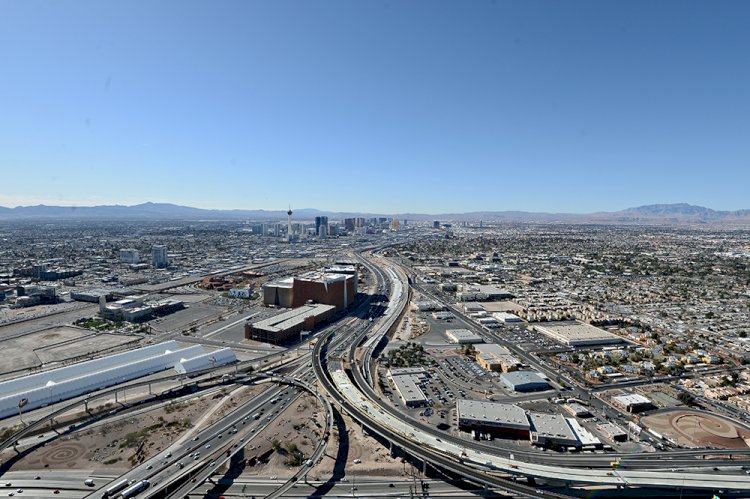 Nearly two decades in the making, Project Neon is the largest public works project in Nevada history.  Project Neon will widen 3.7 miles of Interstate 15 between Sahara Avenue and the “Spaghetti Bowl” interchange in downtown Las Vegas.  It’s currently the busiest stretch of highway in Nevada with 300,000 vehicles daily, or one-tenth of the state population, seeing 25,000 lane changes an hour.  Resulting in an average of 3 crashes a day.  Traffic through the corridor is expected to double by 2035.

Project Neon is being primarily funded through state revenue bonds. The Nevada State Transportation Board approved Project Neon construction bonds in November 2015. Bonding is a cost-effective tool for advancing projects without disrupting funding for other critical work. Federal funds will help retire the bond debt. Also, the city of Las Vegas is contributing about $75 million in locally obligated federal highway funds towards the project.

FACTS at a Glance:

The (temporary) transformation of ReBAR

The Creative Space LV: A Tribute to Kobe Bryant

Amazing Comic Conventions is a brand with over 20 years’ experience, bringing the...