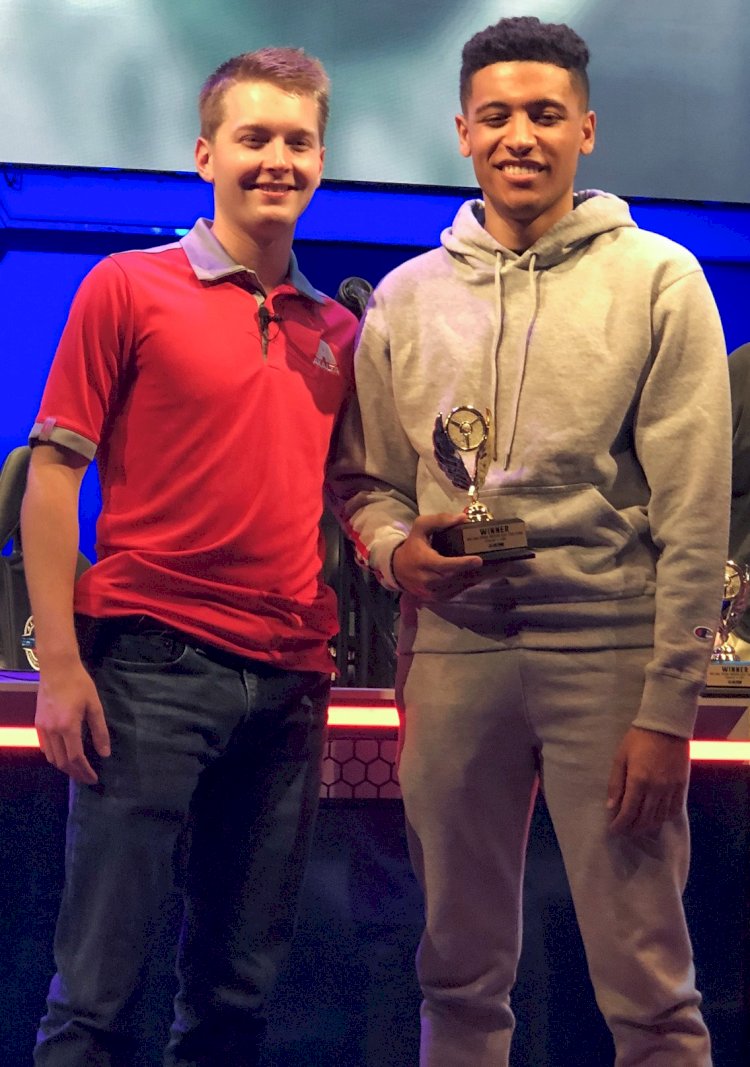 William Byron on the left/photo by Mike Young

NASCAR’s youngest full-time Monster Cup driver William Byron is no stranger to Esports. He was first noticed by NASCAR’s most popular personality, Dale Earnhardt Jr. when they competed on the ultimate online racing game iRacing, an online racing simulator used by many professional drivers. Based on his performance there he was offered a ride in an Outlaw car. He dominated the series until JRG Motorsports (Jr) signed him to a development contract. Once again, his talent was undeniable leading to being named as the replacement for non-other than Jeff Gordon in the #24 Hendrick Motorsports Chevrolet.

On this day, the 22-year-old phenom took on fans and media members in the NASCAR HEAT video game at HyperX Esports Arena at the Luxor. The state-of-the-art facility is arguably the most advanced of its kind and made for a fun viewing experience as well. He placed second, citing that he isn’t used to using a controller. He uses a steering wheel and pedals that are much more realistic at home.