After a long hard-fought season, what is a Knight to do? 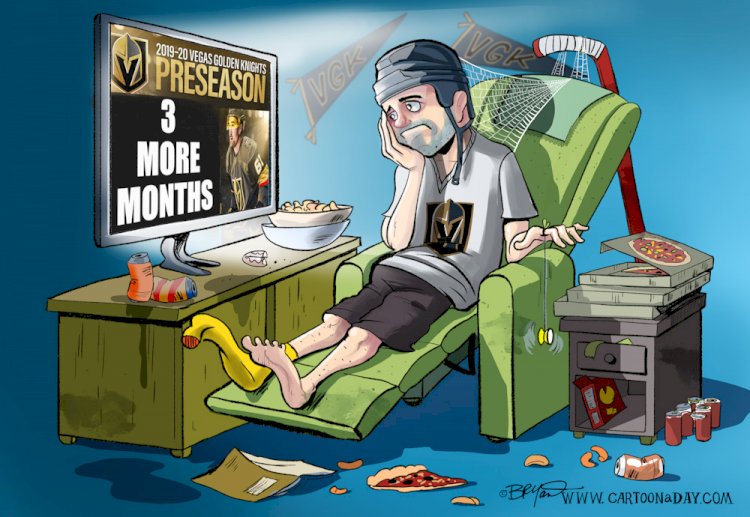 Our beloved team remains a pillar in the community from a fan focused season closer event to charity soft ball games, here is what the team has been up to while we anticipate their return to the ice this September!

Coat the Fortress: With a large blank canvas of ice, the Golden Knights held a “Coat The Fortress” event in May for season ticket members. Participants were give red, gold and black paint to write messages and paint pictures. This provided a fun way to close out the season and gather in the Fortress for one last event. The event provided an opportunity for fans to show their creative side at the close of night, the T-Mobile Arena ice never looked more beautiful.

First Kids Club: This past June the Knights participated in The First Kids Club presented by Raising Cane’s, Richard Harris Law Firm, and the Valley Health System. The skate took place at City National Arena with members joining for an afternoon full of skating, snacks and coloring. Over 250 kids came to skate with mascot Chance and members of the Knights Guard presented by the Cosmopolitan.

Vegas Charity Softball: The first-ever Battle for Vegas Charity Softball Game hosted by Reilly Smith took place at the new Las Vegas Ballpark in Downtown Summerlin in June. Fans got the chance to watch their favorite stars in action as the teams “battle” it out for Las Vegas’ ultimate bragging rights, all for a good cause. The softball showdown featured two all-star teams of professional athletes, celebrities and media personalities, led by Reilly Smith of the Vegas Golden Knights and his teammates and Pro Football Hall of Famer Marcus Allen and friends from the Raiders. The Battle For Vegas Charity Softball Game proceeds were donated the Tyler Robinson Foundation, the nonprofit foundation of Imagine Dragons, dedicated to providing financial support to children and their families battling a pediatric cancer diagnosis. Allen’s team ended up taking the game 20–16.

June 18, the club’s official seven-game 2019 preseason schedule, beginning on Sunday, September 15 against the Arizona Coyotes at T-Mobile Arena. All seven preseason games will be broadcast locally by KTNV Channel 13 in Las Vegas. The team also announced the preliminary schedule for their 2019 Rookie Camp presented by NextGen, which begins on Thursday, September 5, and their 2019 Training Camp, which begins Thursday, September 12. The full rookie camp rosters, training camp rosters, practice times and locations will be announced at a later date. Please note that the schedule is subject to change.